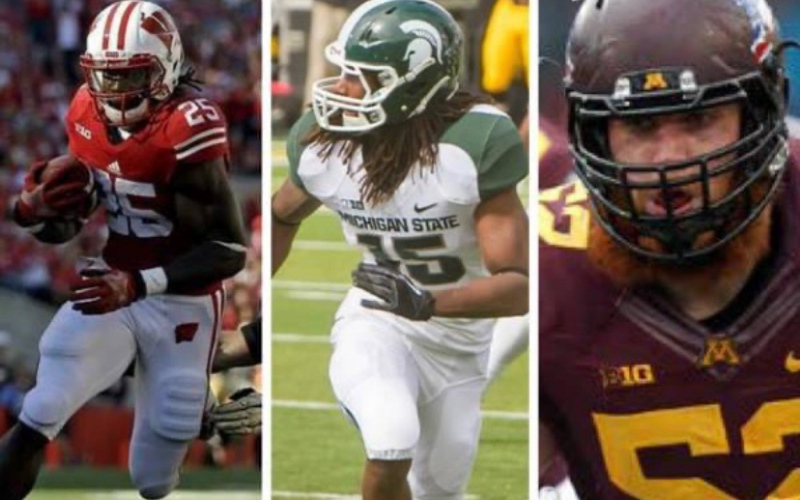 On this date, Kenosha’s Melvin Gordon, Trae Waynes and Zac Epping were all named first-team All-Big Ten while Gordon netted the conference’s Offensive Player of the Year and Running Back of the Year awards.

Gordon, a junior at Wisconsin, was a unanimous pick by the coaches and media as part of a campaign that would see the Bradford graduate earn unanimous All-America honors and finish second in the Heisman Trophy voting.

Waynes, a junior cornerback at Michigan State, was named first-team All-Big Ten by the coaches and media. The Harborside Academy grad who played at Bradford helped the Spartans go undefeated (8-0) in the Big Ten for the first time in program history.

Epping, a senior guard at Minnesota, was a first-team selection by the media and was second-team choice by the coaches. The Tremper graduate closed his Gophers career with 47 consecutive starts, including three in bowl games.