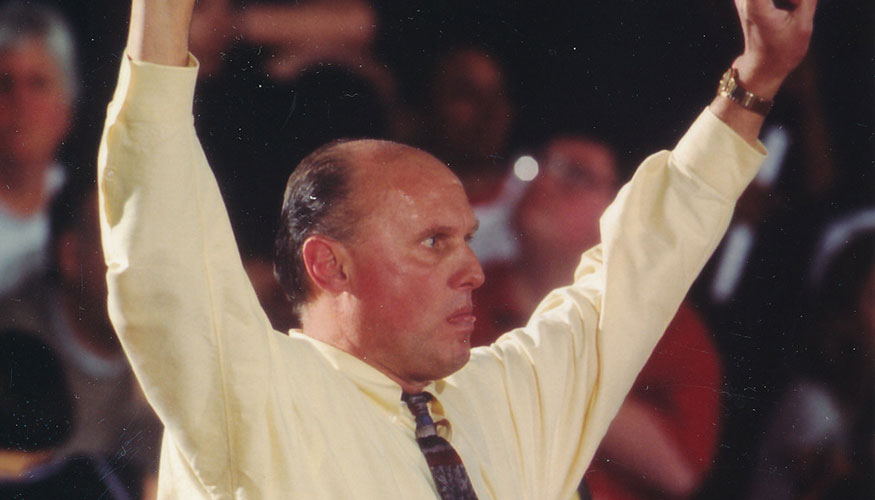 On this date, Bosko Djurickovic recorded the first of his school-record 371 wins as the Carthage men’s basketball coach in a 95-90 double-overtime victory over Beloit at the Carthage Physical Education Center.

Jarobi Kemp scored 32 points and Ian Whittington added 25 with a game-high 15 rebounds as Djurickovic tipped off a 24-year tenure that would take the program to unprecedented heights.

Djurickovic guided the Red Men to five conference championships and four NCAA Division III Tournament appearances, including a spot in the Final Four in 2002. Prior to Djurickovic, Carthage owned just one league title (1964) and had never appeared in the NCAA Tournament.

Note: Djurickovic announced his retirement from coaching in July 2020. Including his 10 years at North Park, which included two national titles, he was 567-326. His victory total is 30th in NCAA Division III history.