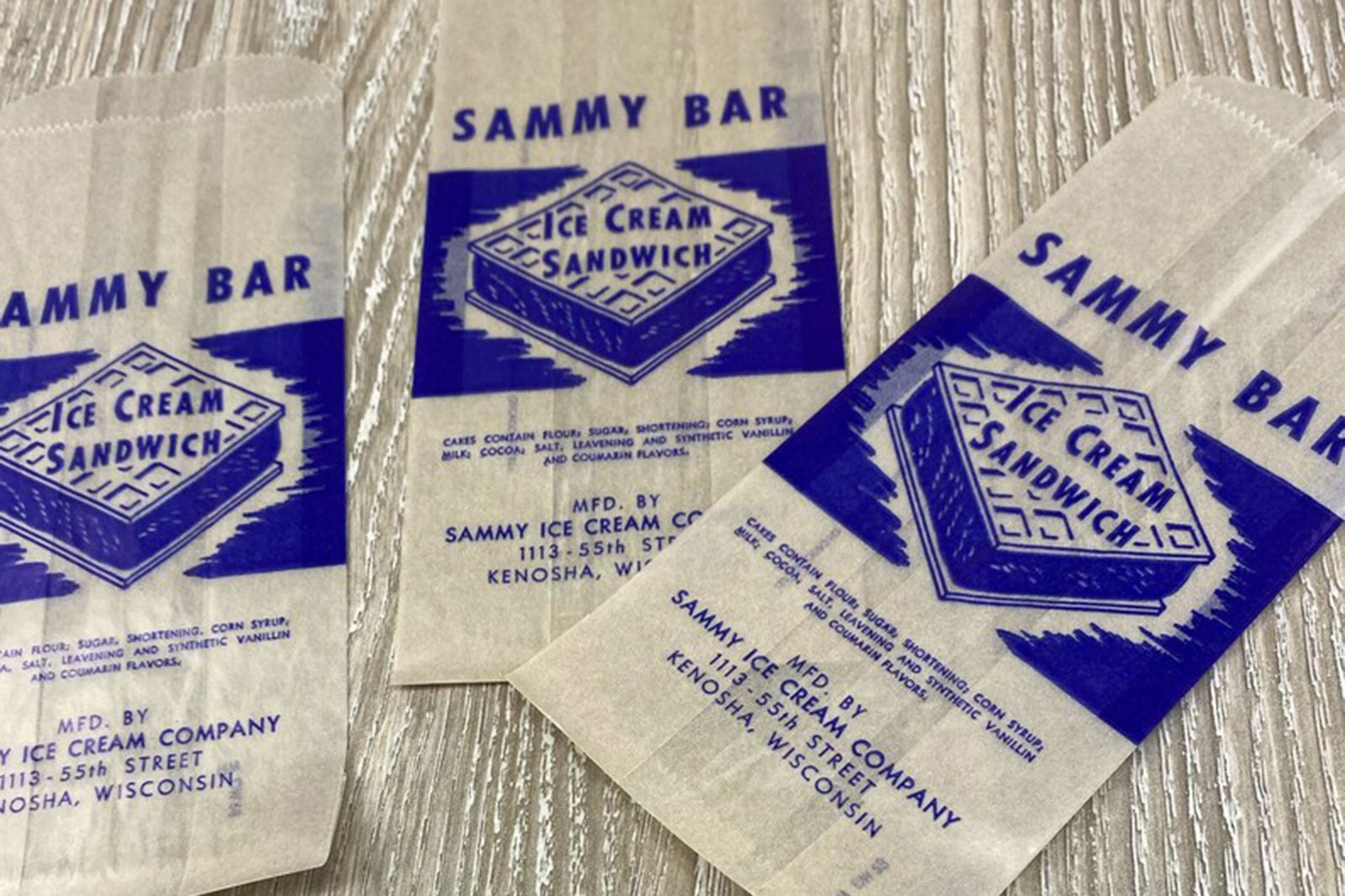 Confessions of a Kenosha Sammy Man

Believing that work is good for the soul as well as the wallet, I always had a summer job while in high school and college. I worked as a playground supervisor, delivered newspapers, worked retail — the typical teenage stuff. For two summers, I peddled an ice cream wagon up and down the streets of Kenosha trying to entice toddlers to buy an ice cream bar.

I was a Sammy Man. Back during the heady summers of my youth in the early-1960s, the Sammy Man was a fixture in Kenosha. The Sammy Ice Cream Company was located at 1109 55th Street near the train station. The business was owned by George and Rose Polanin who also ran a diner in the same building.

The city garage (where the garbage trucks were kept) was across the street where the Public Safety Building is now. On weekday mornings, the diner was filled with hungry garbagemen. Young lads waiting to pick up their ice cream carts appeared later in the morning and often wasted time at the pinball machine located in the diner.

The deal worked like this. At about 10 a.m., a few pimple-faced teenage boys would walk or bike over to the Sammy Ice Cream office. There we would be issued a bike stuffed with Sammy Bars of various flavors kept cold by blocks of dry ice. We would take off to what we viewed as the neighborhoods with the greatest number of little kids whose moms had pockets full of coins. I preferred the Sunnyside area which was filled with young families and lots of little kids.

These carts were heavy, and all the young salesmen soon developed strong legs and a deep suntan — we became the Adonises of the ice cream bar world.

We were always cognizant of the weather. If a sudden storm blew in, we had to peddle the cart back to downtown arriving soaked to the skin.

Once in an area of likely sugar-craving kids, the bells started. The carts were equipped with a bar of little bells whose sound along with the shout of “Sammy Man!” beckoned the tykes out of their yards.

On a good day, little towheaded kiddos would swarm out of a backyard, down the driveway and onto the parkway to view the inventory. Then it was back into the house to negotiate with Mom for a handful of spare change.

On more than one occasion, a mom would make offensive hand gestures in my direction when the kids were looking elsewhere. Mom was probably saving those dimes for a six-pack of Pabst Blue Ribbon. But my bell and my yell had won out, the sale would be made, and it was time to move on to the next block.

Management at Sammy worked hard to control inventory. On one occasion, they made far too many bars covered with a sickish green mint flavored coating. The teen entrepreneur cart drivers/salesmen were instructed to “push the mint bars.” For weeks, innocent children who answered the Sammy Man bell without parental guidance ended up with mint ice cream bars — on one occasion with the tyke’s dad in hot pursuit.

There were a couple of competing ice cream carts, but Sammy controlled the Kenosha ice cream peddler market.  That was until a vast technological revolution came forth in the form of Mr. Softee soft serve sold out of a shiny new truck. The outfit is a national franchise operation headquartered on the east coast.

Mr. Softee had speakers that played an amplified little tune and the kids responded like the children of Hamelin following the Pied Piper. Our little rinky dink bells couldn’t keep up with the call of a truck with an official tune and lyrics and no icky green bars.

Eventually, the ice cream wars of the early-1960s went the way of most little businesses competing with chain operations. Sammy, like many mom-and-pop outfits, was gone.

But for kids growing up in Kenosha in the mid-20th century, the cry of “Sammy Man!” evokes warm memories of summer treats delivered curbside by charming teen entrepreneurs learning the world of work.