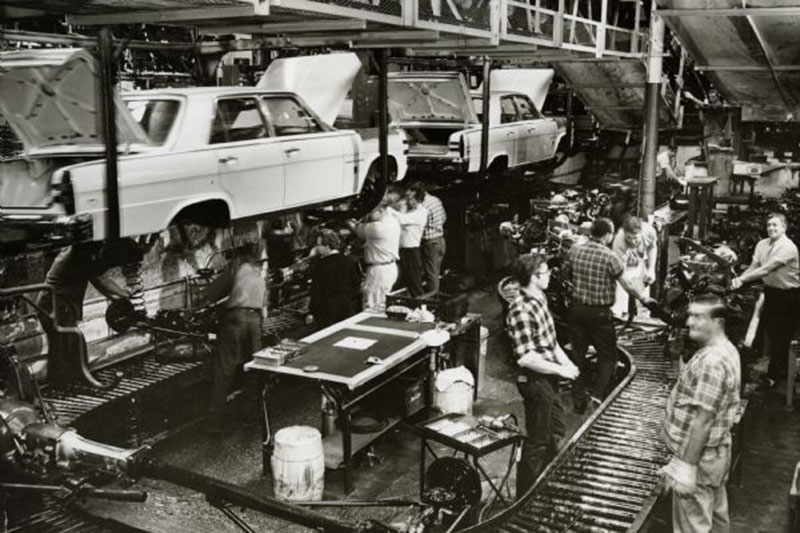 Judging by the past, Kenosha's future is unknown

Change is an inevitable thing.

It can be stressful, often painful and generally unpredictable.

In the long run, we are measured by how you manage change. The Kenosha community has needed to confront many changes that have come our way in the last generations, and we have handled most of them successfully.

Places and people are best defined retrospectively by historians because contemporary vision is easily clouded by current events.

Kenosha, which celebrated its 171st birthday Monday, has been through multiple iterations from frontier village to industrial powerhouse to whatever defines Kenosha in the 2020s. Let’s look at where we’ve been so that we can better understand where we are may be headed. We’ll leave it to future generations to evaluate how we did.

Imagine a Kenosha Rip Van Winkle falling asleep 40 years ago. Upon awakening, the shock would surely send him back into a coma. The place looks and feels totally different.

Huge buildings that defined us are gone. New places have sprung up, while others remain.

Over this past generation our community has evolved from a manufacturing powerhouse into a bedroom community for Chicago expatriates and a hub for regional distributors.

Interesting stuff, but what does that mean for daily life in southeastern Wisconsin?

Like many Kenosha folks, I wasn’t born here. We came from a small town in the Nicolet National Forest on the Wisconsin-Upper Michigan border. An uncle preceded us to Kenosha to find work at Nash Motors, later American Motors.

Upon his first return visit to the Northwoods, he arrived with a shiny new car and sold my dad on the value of a factory job in the city. We packed our bags and headed to Kenosha.

Our family moved into the Columbus Park (Frank Elementary) neighborhood so my dad could walk to the car plant. We joined others who had also taken US Highway 41 from the north to get work in the burgeoning Kenosha factories of the 1950s.

Other neighbors had driven north from the cotton fields of the Delta. Yet more came from Italy, Germany and Eastern Europe. Sitting out on the porch at night, we could hear every imaginable accent and language.

Until the late 1980s, Kenosha was a mass importer of workers and not just those who moved here. Any morning saw carloads of auto workers making their way into Kenosha. They came from northern Illinois and as far north as Milwaukee reporting for work at 7 a.m.

These factories are gone. The land they once occupied is mostly empty. Some former factory land was converted to the thriving HarborPark neighborhood. The land where I live once sported the steel rolling mill for Simmons Manufacturing. Mayor John Antaramian has an aggressive plan for redeveloping the Chrysler site into a technological research park.

A plaque on 25th Avenue and 56th Street marks the site of the former Jeffery, Nash, American Motors Corporation and Chrysler plant.

After the plant closings, Kenosha became a mass exporter of workers. At one point, nearly half of employed Kenosha County workers traveled to northern Illinois to work.

Recent efforts have brought new investment, new jobs and new opportunities to our town. But, we are much different than a generation ago. We no longer make things on a mass scale. We move boxes of things made by other people in other places. We are no longer defined as a manufacturing center.

It’s unclear what label future historians will hang on us. I kind of like “Hometown.”