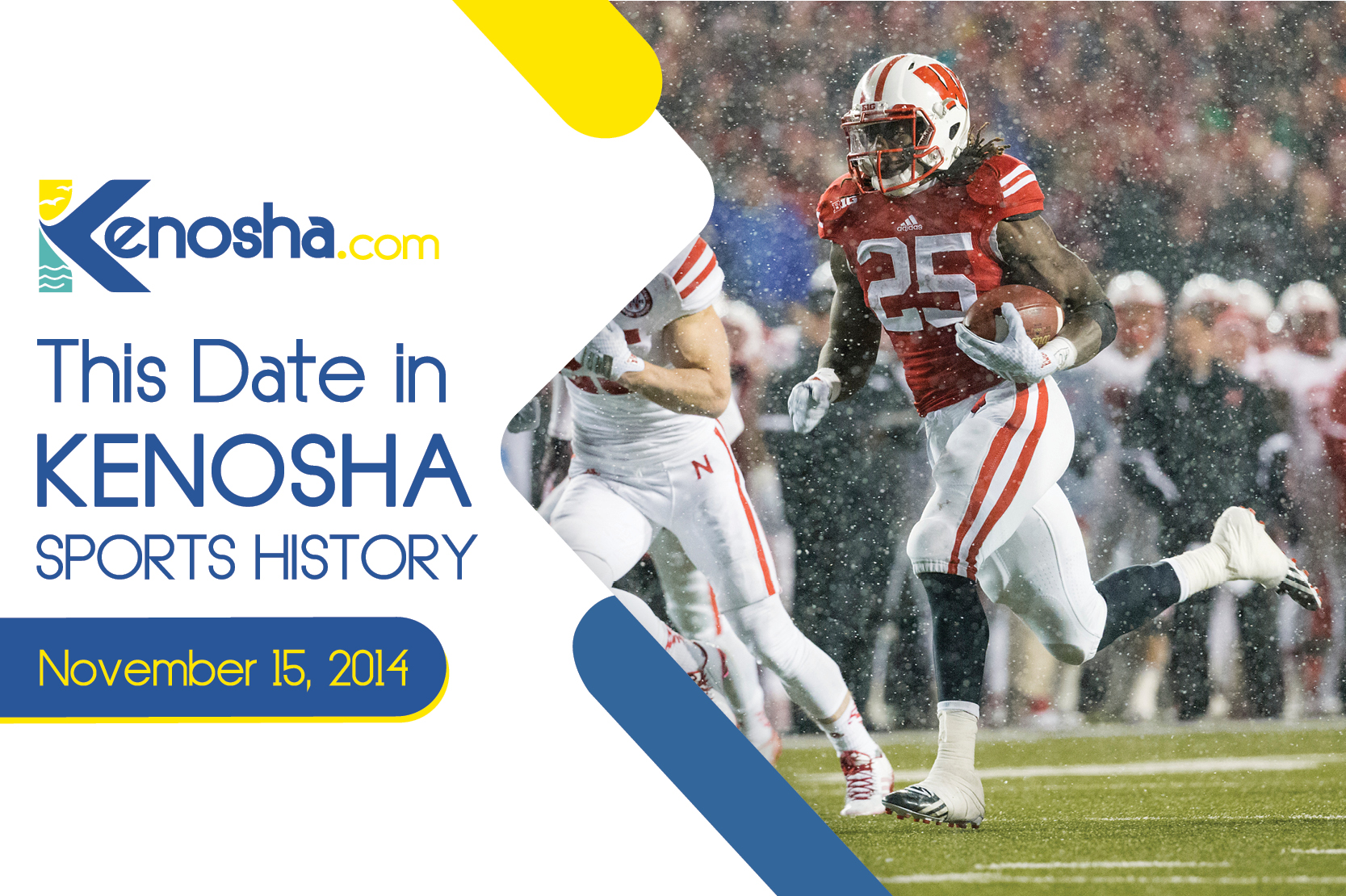 This Date in Kenosha Sports History: Bradford grad rushes for 408 yards for UW

On this day, Kenosha’s Melvin Gordon had a game to remember in Wisconsin’s 59-24 trouncing of Nebraska before 89,539 at Camp Randall Stadium in Madison.

The Bradford graduate rushed for an NCAA record 408 yards in just three quarters as the Outback Bowl-bound Badgers improved to 8-2.

Gordon’s 62-yard TD run in the second quarter, one of his three scores, ignited a 56-0 run as part of a performance which made the junior running back one of the favorites in the Heisman Trophy race.

Gordon’s perch atop the NCAA’s single-game rushing list lasted all of seven days. The following week Oklahoma freshman Samaje Perine broke Gordon’s mark by rushing for 427 yards in a 44-7 victory over Kansas in Norman, Okla.

Note: Gordon is in his sixth NFL season and his first as a member of the Denver Broncos.