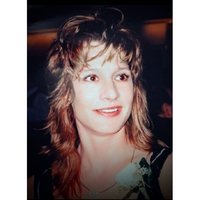 She was born on October 10, 1959 to the late William and Barbara (Weinand) Gunn in Oak Park, IL.  She received an Associate’s Degree in Criminal Justice.

Sue worked as a correctional officer for the State of Wisconsin.

Sue was a member of the First Baptist Church.

Sue was very family orientated and one of her favorite things was going to the family cottage in Pentwater, MI.  She loved the beach, sunbathing, being out in the sun and bike riding.   Sue loved sweets especially all flavors of ice cream.  She enjoyed dancing, movies, reading books especially mysteries and documentaries and watching investigative shows.  Sue was a caring, loving, optimistic woman who was very protective of her family.  She adored her grandchildren which meant the world to her.

She is preceded in death by her parents and a brother Ross Gunn.

Private Family Services will be held.