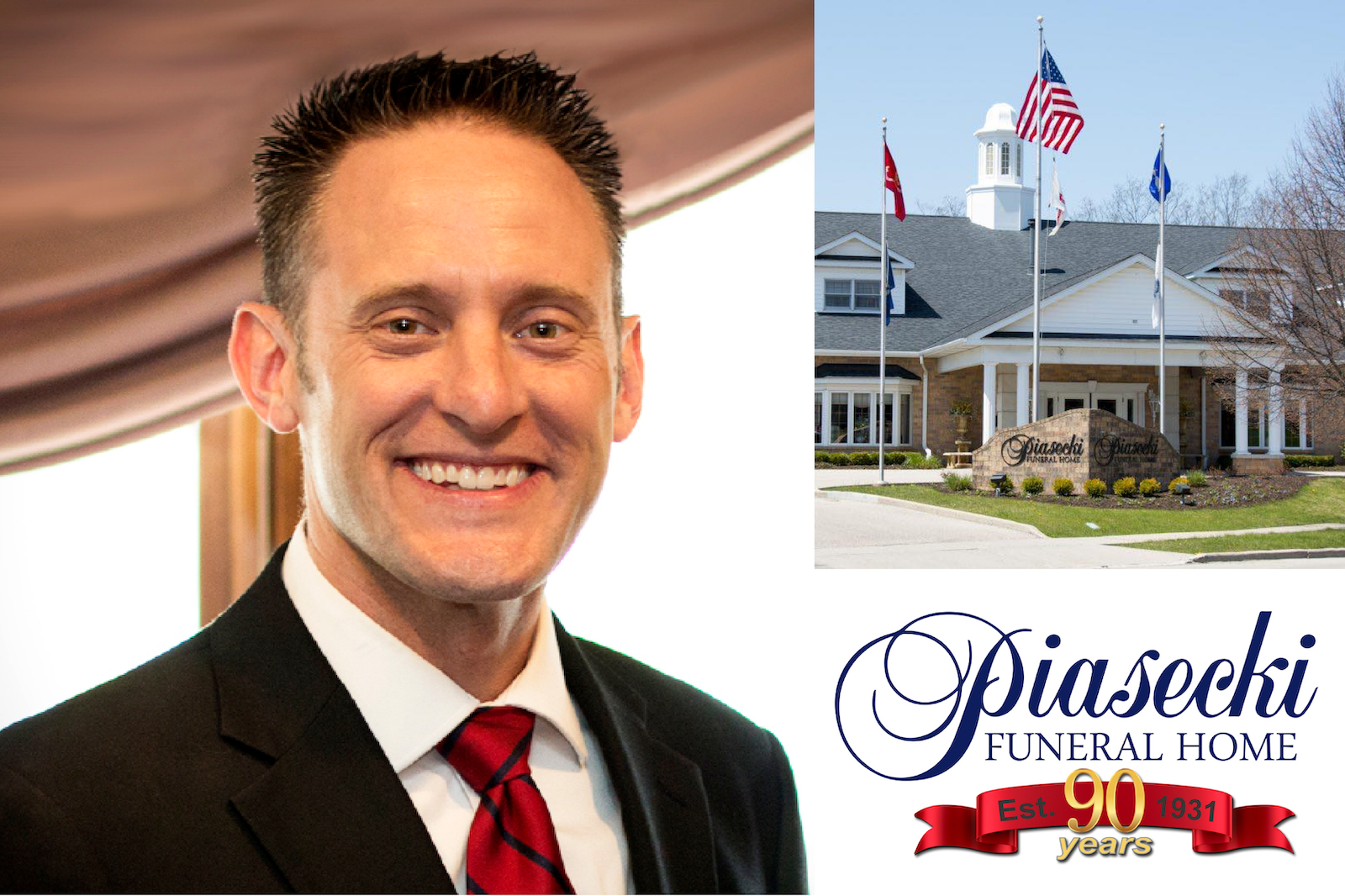 Matt feels blessed to be able to dedicate himself to the families who choose Piasecki Funeral Home.

From at-need services to pre-planning arrangements and support after the funeral, we believe that every detail counts and every memory matters. Originally founded in 1929 in Chicago, we have proudly served Kenosha families since 1931 with our mission of honoring personal legacies in the circle of life.

Piasecki Funeral Home is a name associated with much familiarity in the Kenosha community, and with good reason. With roots here dating back to the 1930s, most families in this area have been blessed with the end-of-life care provided by the professionals at Piasecki. Over the course of this firm’s rich history, the establishment has been lead by two generations of the Piasecki family, providing compassion to those experiencing the worst day of their lives. Matriarch of the firm, Nancy Piasecki, recently welcomed aboard a new generation of leadership to the funeral home, and is excited to see a revitalized vision come to fruition.

Matt Martin, a retired City of Kenosha firefighter and paramedic began his relationship with the Piasecki family as a member of the First-Call Team in 2010. Married to the late Coriann Martin, a former Piasecki funeral director, Matt began to learn and understand the calling of funeral service upon his life. After Cori’s untimely passing in 2019, Matt made the decision to leave the fire service in search of career that would better able to him to care for his daughter, Gabby, and yet continue to make a meaningful impact on the Kenosha community.

After Nancy accepted Matt’s lunchtime proposition in February of 2019, he began the pursuit to further prepare himself to be the next leader of the Piasecki team.

As a fire lieutenant, Matt developed skills in problem solving, critical thinking, crisis management, logistics & planning, and leadership, and was thrilled to bring this depth of knowledge to the funeral home and to those whom he serves. Matt began his funeral service apprenticeship as he furthered his formal education through an intense 16-month program at Worsham College of Mortuary Science, during which he earned the Magna Cum Laude Award (4.0 GPA), the Albert E. Worsham Memorial Award (valedictorian), the Frederick C. Cappetta Memorial Award (excellence in small business management), and the Richard G. Reichle, Sr. Restorative Art Award (excellence in restorative art). During his studies, Matt also earned the 2020 Newcomer Funeral Service Group Tradition of Caring Mortuary Science Scholarship, the 2021 Funeral Service Foundation ’45 Scholarship, the 2021 Service Corporation International Steve Mack Memorial Scholarship, and the 2021 American Board of Funeral Service Education National Scholarship.

This journey culminated in Matt achieving licensure as a Wisconsin Licensed Funeral Director and he feels blessed to be able to dedicate himself to the families who choose Piasecki Funeral Home. In two short years, Matt has built a team of professionals who trust each other, support each other, and encourage each other to serve families with their entire heart. Ultimately, this team embodies the feeling of being a family, and the families they serve can’t help but feel as though they’re family too.

Matt’s time away from the funeral home is spent with his daughter, Gabby, his girlfriend, Kelly, parents Denny & Karen, brother Josh and his family, and his four-legged pack Asti, Pearl, and Millie. As a member of the Worship Team at Journey Church, Matt plays drums and leads others in their spiritual journey as well.

He leads the Kenosha Area Pipes & Drums Association as a Pipe Major and, as a bagpiper, he finds fulfillment in providing musical tributes that celebrate the lives of those whom he serves.

Matt’s adventurous spirit has found him in the cockpit of an airplane as a private pilot, behind the handlebars of his Harley-Davidson motorcycle, and suspended from a parachute over I-94. Relaxation in Matt’s life occasionally takes the shape of a Caribbean cruise, or weekend trip to Door County.

Piasecki Funeral Home and the Kenosha community can rest assured that the legacy of service nurtured over the past nine decades is in good hands. Matt can be reached at the funeral home (262-658-4101), via email (matt@piaseckifuneral.com), or LinkedIn.