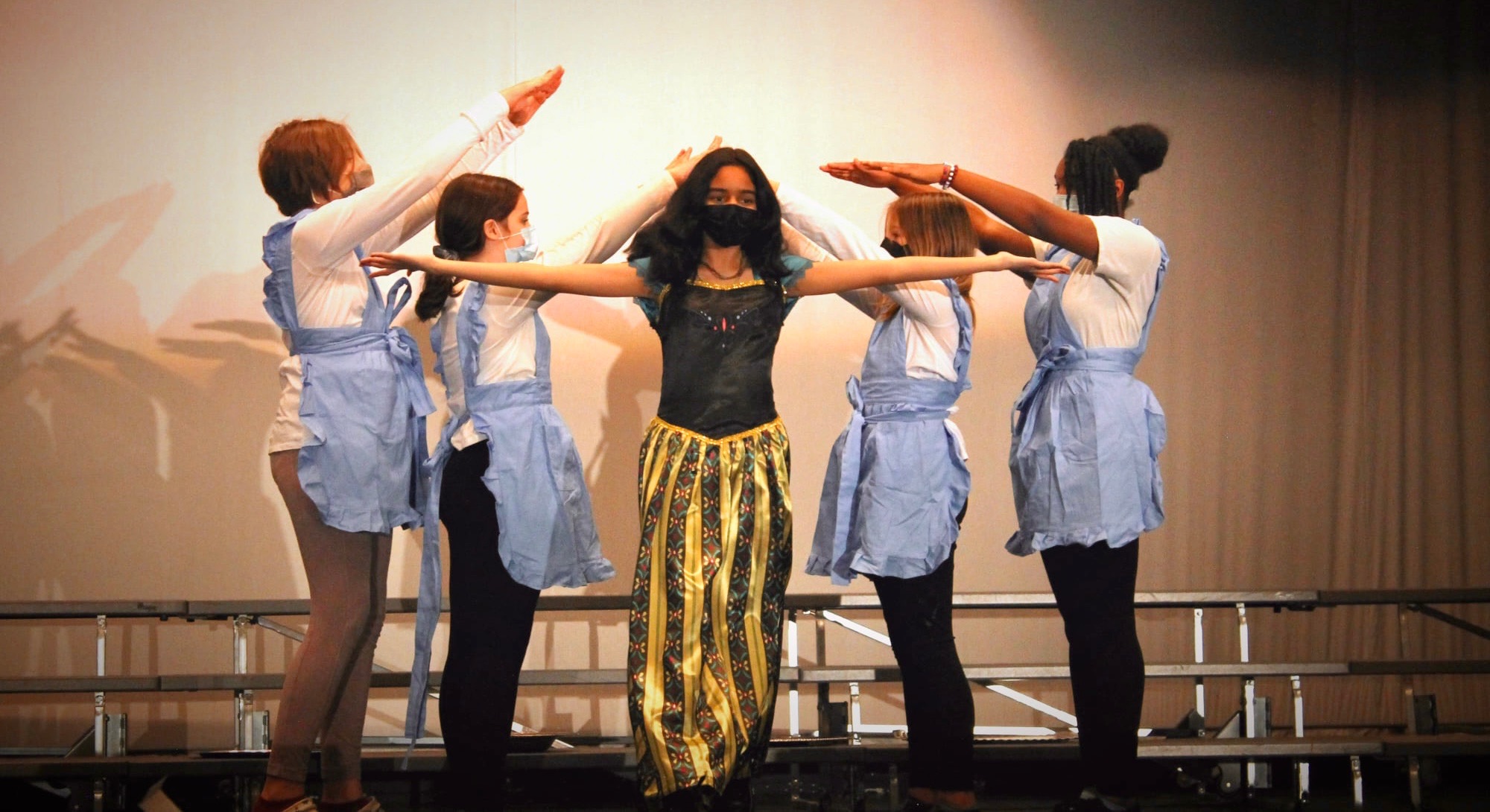 Let it go and check out ‘Frozen Jr.’ this weekend

Tickets are available at the door. The cost is $13 for adults, $11 for senior citizens and $6 for students and staff. Masks are required for all attendees.

Under the direction of KTEC choir teacher Shannon Robertson, Frozen Jr. is based on the 2018 Broadway musical featuring all of the memorable songs and popular cast of the modern Disney classic.

When faced with danger, Elsa (played by Marley Kirby) and her sister Anna (Anshika Patel) discover their hidden potential and powerful bond of sisterhood.

Kirby is the daughter of local pastor Lawrence Kirby II of One Voice Church. The KTEC East eighth grader takes on the leading role in her first theatrical production.

“I was a little nervous in the beginning, but it’s all excitement now,” Kirby said. “I feel like we’ve all really grown in a bunch of different ways. It’s been a really, really good experience. We’re one big family.”

The one-hour show features popular songs “Do You Want to Build a Snowman”, “Love is an Open Door” and “Let it Go.” Elsa and Anna are reunited in a reprise of “For the First Time in Forever” in the second act.

“I think this (show) will appeal to a younger audience, of course,” Kirby said. “But I think everyone, of all ages, will be able to feel the magic.”

Frozen was released in theaters on Nov. 27, 2013. It earned $1.28 billion in becoming one of the highest-grossing animated films of all time.