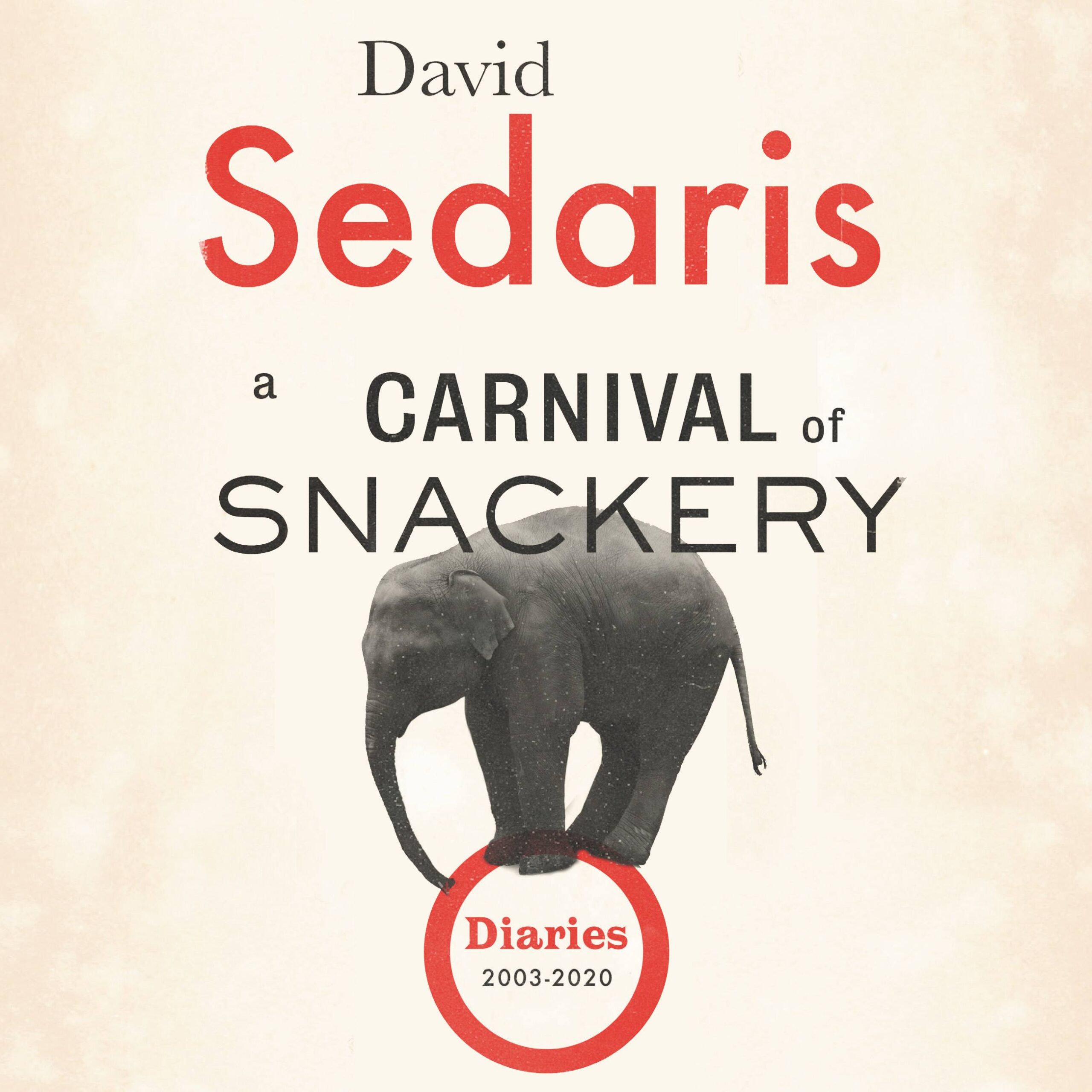 Celebrating author and humorist David Sedaris ahead of his visit to promote his latest book, “A Carnival of Snackery”

Sedaris coming to Pabst Theater in Milwaukee on Dec. 10

Prolific American author and humorist David Sedaris is aging like a fine wine, with a wealth of new material that is both biting and sweetly nostalgic. He’ll bring those unique qualities to his appearance at the Riverside Theater in Milwaukee on Friday, Dec. 10.

Sedaris is touring for his latest book, “A Carnival of Snackery,” the second of his two-part diaries and the follow-up to “Theft By Finding: Diaries (1977-2002).”

If anyone can hit a home run with daily entries that sometimes include what he had for lunch or if he took a nap, it’s Sedaris. The writer is both one-of-a-kind and an “everyman,” albeit a peculiar one. His low-key, humble appeal is no small feat for an author who has taken readers with him on his decades-long journey from a self-effacing, admittedly lost, youth hopelessly out of place in North Carolina to a man who favors culottes and owns a vintage French villa with his ever-patient husband, Hugh.

When Sedaris reads from his works, it’s much like talking to an innately funny friend who manages to make the mundane seem hilarious by sharing his astute observations and inner dialogue. Sedaris’ adventures are mostly relatable — except when they go over the top with humor that mere mortals just can’t make up, which does happen quite a bit in Sedaris’ works.

In addition to his large catalogue of works, Sedaris is an essayist for “The New Yorker” and a frequent contributor to NPR’s “This American Life” radio show/podcast, among many other endeavors.

Sedaris is perhaps best known for “Santaland Diaries,” his famous short story about his days working as an elf during the holiday rush at Macy’s Department Store in New York City. “Santaland” has been performed by others countless times all over the country, including a terrific version by John McGivern, an actor and former host of “Around the Corner,” which featured Kenosha a few years back. (McGivern’s new show, “John McGivern’s Main Streets,” debuts in early 2022.)

“Santaland Diaries” is the opening piece in Sedaris’ outrageously funny collection of Christmas-themed short stories, “Holidays on Ice.”  (Caution: Like a lot of humor,  it’s not for everyone. Readers who are put off by profanity, extreme satire and adult situations might not enjoy all the entries). For the rest of us,  “Holidays on Ice” is a gift that keeps on giving as the stories seem to get funnier every year. A second edition includes six new stories.

For excerpts from “Santaland Diaries” and Sedaris’ other works, see his website.

A night to remember

Full disclosure: Sedaris is my favorite author, and I have a story of my own to share.

Almost 10 years ago, a dear friend, colleague and fellow Sedaris fan was battling a particularly cruel form of cancer. She had expressed a wish to see her favorite author, so when Sedaris’ show at the Pabst Theater was announced, a group of friends bought tickets and hoped for the best.

By the time the event rolled around, her health had taken a terrible turn for the worse, but in keeping with her unstoppable spirit, our friend was still determined to go. It wasn’t easy for her to travel even an hour away; we questioned whether we had done the right thing. But we made it, and hearing her very distinctive laugh when Sedaris spoke was music to our ears.

Art certainly does imitate life. Sedaris had recently lost his mother to cancer. His mom was a big presence in his prior works, with her somewhat unorthodox and brash way of showing her unconditional love for her family. In a seemingly awful twist, Sedaris had written some new, poignant and characteristically boundary-crossing essays, and he read from them that night.

Those of us who brought our dear friend to the show were mortified. How could this be happening? This was her big night, despite all obstacles, and someone she admired greatly was making jokes about cancer! This was certain to dampen, if not outright ruin the night.

But then, there was that laugh. Anyone who knew her will remember it as high-pitched, pure joy. She laughed as hard as anyone there. We were delighted. And relieved.

Sedaris typically meets with his audience after the show, given some off-beat requirements and traditions. First, there are no pictures. This has been his rule even before cell phones were ubiquitous. It holds up the line and people become focused on their appearance rather than the interaction. Second, Sedaris doesn’t like to perform on a full stomach, so by the time the show is over, he’s famished. So he eats dinner, either catered from the venue or local takeout as it was that night, while he’s meeting fans. Also, Sedaris often gives fans a unique sketch or funny saying along with this autograph, and it’s fun to see people’s reaction to what they received.

Our friend really wanted to meet Sedaris, but definitely couldn’t endure the line. So we parked her on a cushioned bench in the posh Pabst Theater lobby where she laid down and closed her eyes until our turn came.

The line moved at a good clip, with just a bit of banter and quick doodle for each patron. When our turn came and we moved our friend to the front, she used all the energy she had left to finally meet David Sedaris.

What happened next was pure magic, and is forever etched in my memory.

Having ditched the itchy wig weeks ago, our friend was easily identifiable as someone probably going through chemo. She marched up to the author and said “Cancer jokes? Really?”

He froze. His expression was immediately remorseful. He opened his mouth to speak, but then … that laugh.

He froze. His expression was immediately remorseful. He opened his mouth to speak, but then … that laugh. Her laugh lit up everyone in earshot, most notable Sedaris himself. “Just kidding,” she said. “It was awesome. So funny. I got all the jokes.”

That icebreaker that led to about 10 minutes of incredibly friendly, enthusiastic and truly caring conversation between our friend and Sedaris. She asked him for book recommendations, and he said he’d give her a few only if she would also write down some suggestions for him. He gave her one of his stacked-up dinner napkins to write on (he’s very fastidious). Sedaris covered the first page of her book with several sketches and a personal message.

At one point she turned around and apologized to bystanders for holding up the line. Of course no one minded. When we left, he called her by name, which I don’t even remember her telling him.

Sedaris is anything but schmaltzy. Yet he is the one author who really made me cry.

Tickets for David Sedaris’ Dec. 10 appearance at the Riverside Theater in Milwaukee are available on the Pabst Theater Group website. “Carnival of Snackery” and other Sedaris works are available locally at Blue House Books.