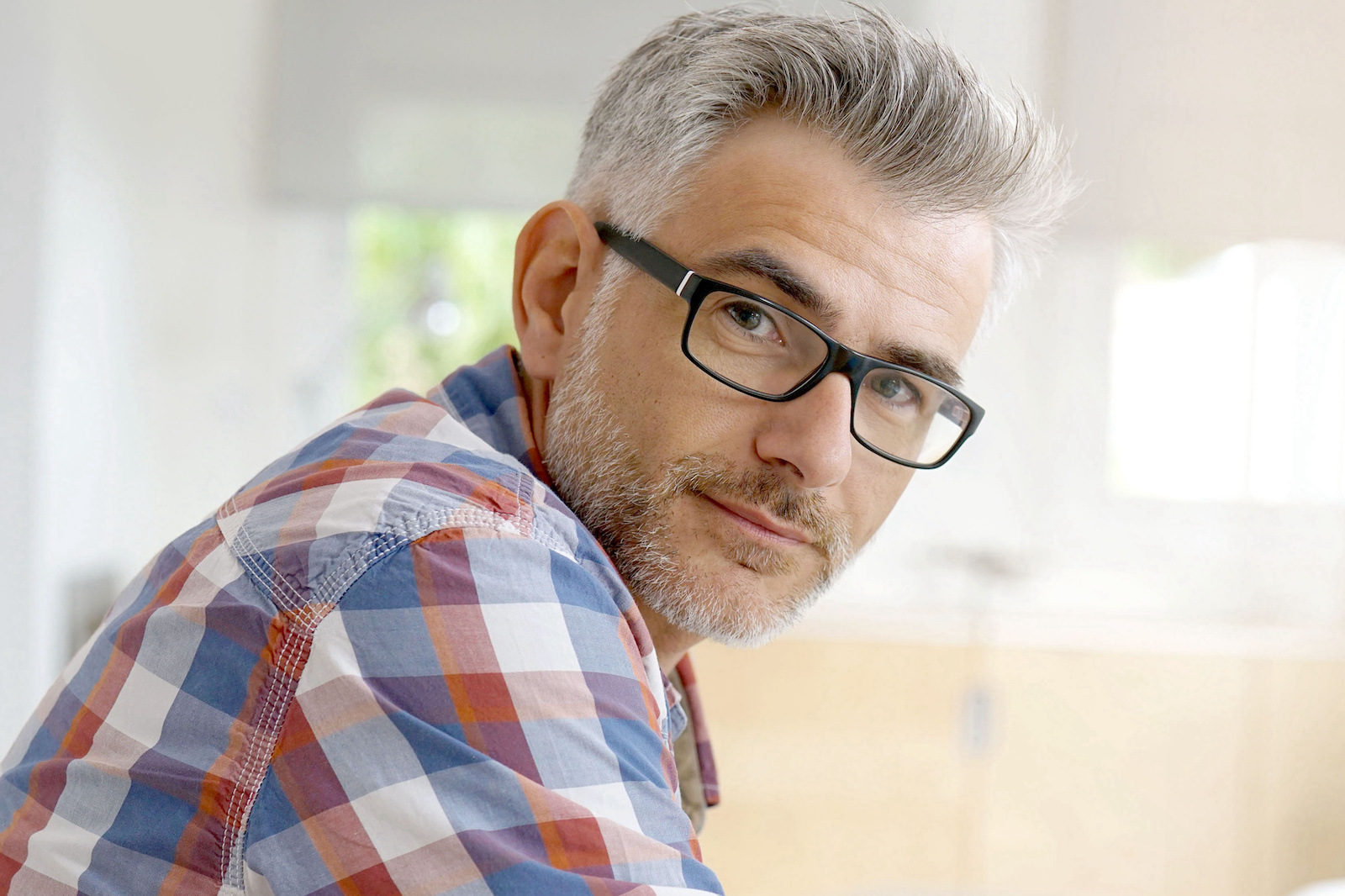 “It made me feel terrible.” That’s how erectile dysfunction, or ED, affected Bruce Stephens of Round Lake Park, Illinois – along with an estimated 30 million other American men.

Bruce tried various treatments, but nothing worked for very long. Then his primary care physician referred Bruce to Dr. Eric Kirshenbaum, a urologist with UroPartners who performs surgeries and sees patients at Froedtert Pleasant Prairie Hospital.

A LOT WE CAN OFFER

“Bruce had tried every medication for his ED and just didn’t seem to respond well to any of them,” Dr. Kirshenbaum said. “Then he was on injection therapy for over a year, but his ED worsened. The injections became cumbersome, and he came to me to see if I could help.”

“A lot of men suffer for a very long time,” Dr. Kirshenbaum said. “When they finally see a doctor, there’s a lot we can offer them.”

Dr. Kirshenbaum recommended that Bruce undergo what’s called a penile implant. “Many of my patients aren’t satisfied with their current treatment,” Dr. Kirshenbaum said. “Penile implant can be beneficial for many patients because it offers a long term solution that is spontaneous.”

“It’s an outpatient procedure that takes between one to two hours,” Dr. Kirshenbaum said. “There’s one small incision, making recovery quicker and minimizing the chances of infection.”

I’M GLAD I HAD IT DONE

Bruce got his implant last April. “I’m able to do everything that I used to do,” Bruce said. “There was some initial soreness, but it was manageable and went away quickly. There were no other side effects.” Best yet: “The procedure is often covered by Medicare and private insurance,” Dr. Kirshenbaum said.

“Dr. Kirshenbaum told me that I would be pleased,” Bruce said, “and he was right. Now, I feel a lot better. My self-esteem alone has improved. I’m glad I had it done,” he said. “I love Dr. Kirshenbaum’s demeanor. He’s very easy going, very easy to talk to. I told one friend with similar problems, ‘You will be amazed. You’ll love it ,’” Bruce said.

“This life-changing procedure restores patients’ confidence in all aspects of life,” Dr. Kirshenbaum said. “ED is something that they’ve often kept to themselves for many years as they’ve suffered in the bedroom. Restoring that function through surgery is very satisfying and rewarding as a physician,” Dr. Kirshenbaum said.

“I felt absolutely miserable,” recalled Ken Rosenthal of Kenosha. The reason: an enlarged prostate – a problem that afflicts half of American men who reach the age of 60, and a whopping 90 percent of those who make it to 90 years old.

“I’d had trouble urinating for years,” Ken said, “but I kept putting it off. Then late last year, I could barely go at all for almost a week. It was so painful. I was talking with my son about it and he told me to go to the hospital,” Ken said, “so I went to the emergency department at Froedtert Kenosha Hospital”

“As they age,” Dr. Nelson said, “men can often develop classic symptoms: waking up at night, weak stream, dribbling, feeling like they have to go all the time. The primary cause is that when the prostate grows, as it does in all men as we age, it can cause a blockage of the bladder,” Dr. Nelson said. “Often, men attribute these symptoms to getting older, so they may be reluctant to get help. When they finally do come to see me, I can educate them. Medications can help,” Dr. Nelson said, “but often the best way to relieve the obstruction is to decrease the size of the prostate.”

“Dr. Nelson told me that I would be a good candidate for the Rezum treatment that he performs,” Ken said. “It’s not an operation.”

“It’s a procedure where we inject hot steam into the prostate where it’s causing obstructions,” Dr. Nelson said. “This is done in the office without any incision and without anesthesia, so there are no risks normally associated with sedation. Over the course of a couple weeks,” Dr. Nelson said, “the prostate tissue dies, opening the blockage. The lack of side effects of this procedure is one of its biggest selling points. There’s very little risk of sexual dysfunction, which other prostate procedures have, and there’s very little risk of incontinence or leakage.”

“It made a big difference,” Ken said. “I go to the bathroom in a couple minutes now and I’m done. There’s no longer any pain, and I get up only once or twice at night to go to the bathroom. Those are big improvements.”

SOONER RATHER THAN LATER

“Men need to know that they don’t have to live with bothersome urinary symptoms,” Dr. Nelson said. “My approach is to educate patients about their condition, give them treatment options, tell them what I recommend, and, based on their preferences and what’s important to them, come up with an individualized treatment plan.”

“I’m very happy with the way it turned out,” Ken said. “Dr. Nelson was great to work with. He explained everything very thoroughly.”

“I want men to come see me sooner rather than later,” Dr. Nelson said, “as soon as their symptoms are bothering them. The sooner we identify a patient’s problem and treat it, the sooner he can have improvement in his quality of life, and we can prevent irreversible damage to his bladder. My passion is helping patients overcome conditions that limit their quality of life,” Dr. Nelson said, “conditions such as enlarged prostate. That’s why I chose urology as my specialty.”