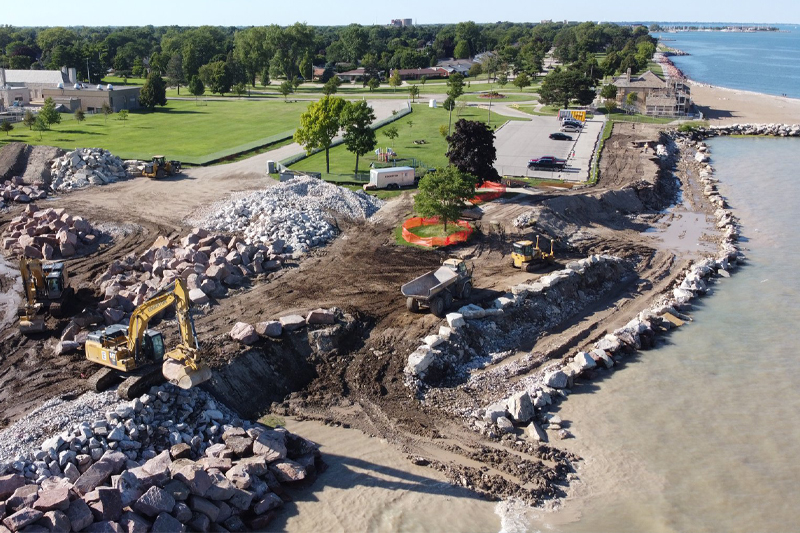 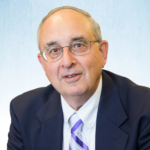 There’s plenty of excitement these days along Kenosha’s southern lakefront about the future of Southport Park, 7501 Second Ave.

A renovation is underway of the historic Southport Park Beach House, along with a multi-million dollar revetment or fortification of the sea wall south of 75th Street.

What’s next, according to city and neighborhood planners, is a major effort to improve the park itself.

The plan calls for a the installation of a natural prairie garden landscape, which would include new pedestrian and bicycle paths, new activity areas for all age groups, expansion of Americans with Disabilities Act (ADA) accessibility throughout the park, a venue for watercraft and play equipment rentals, along with upgraded electrical, lighting and signage.

Installation of ADA-accessible play equipment connected to adjacent walkways will open lakefront fun to all children and their caregivers. One play area would be adjacent to the beach house, with another one located farther north on Second Avenue.

Pathways will encourage exploration and utilization of the entire park and lead to comfortable and accessible seating areas. Where possible, dedicated cycling pathways are also proposed.

The proposal also calls for signage linking all lakefront parks and the existing Kenosha County-wide cycling trail system, as well as recruiting a vendor to rent sports equipment and water craft.

“The Southport Park Association of Kenosha is a volunteer organization dedicated to the restoration and preservation of historic coastal public spaces for the enjoyment of future generations.”

Placement of electrical outlets around the park would support a range of activities such as movie nights, festive occasions, events and fairs.

The Southport Park Association of Kenosha is a volunteer organization dedicated to the restoration and preservation of historic coastal public spaces for the enjoyment of future generations.

Its mission is to work with the City of Kenosha Department of Public Works, Parks Division, and the Historic Planning Commission in order to promote the restoration, preservation, beautification, and utilization of lakefront parks and structures beginning with Southport Beach House and Park.

Kenosha.com spoke with Lydia Spottswood, chair of the building and grounds committee for the Southport Park Association board of directors, about the concept plan.

“In 2017, we signed a memo of understanding with the city, outlining our respective roles in the partnership. Our first major focus was to assist with the renovation of the beach house. Once that was underway, we turned our attention to the rest of the park, which I think is about 25 acres, all along the Lake Michigan shoreline. Even though the park is still pretty torn up from the revetment project, this seemed like a good time to think about a vision for the future.”

“We’d like to get the beach house open to the public on a more continuous basis, which probably means getting a private operator involved. In the past, access to the building was a rental situation. The building was in such poor repair and deteriorating. It’s hard to get private-sector money into public buildings, but we think we have a great opportunity to bring private money or public grant money into the landscaping.”

The exciting part of the association’s concept plan is the establishment of a prairie garden,
similar to the Lurie Garden in Chicago’s Millennium Park. Like Lurie Garden, the Southport Park area would be planted with durable native plants and grasses that would require minimal care after the first year or two.

“We envision using native species with high use of native grasses, both of which will drive down maintenance costs,” Spottswood said. “These types of gardens are getting more and more popular with cities and their public spaces.”

“We’d like to get the beach house open to the public on a more continuous basis, which probably means getting a private operator involved. In the past, access to the building was a rental situation.”

Lydia Spottswood, chair of the building and grounds committee for the Southport Park Association board of directors

Blooms within prairie gardens are typically gone by late fall, but foliage and grasses can provide colorful swaths of oranges and reds and add depth to the autumn landscape. Besides providing seeds to feed birds in the fall and winter, prairie foliage can offer shelter to wildlife and texture for a winter landscape–especially with grasses.

The deep roots of prairie plants and nutrients provided by them help build the rich black soil that was tilled for farming in the 1800s. Those deep roots help stabilize sloped areas and prevent erosion. This can be especially vital for shorelines along lakes, rivers or wetlands.

Butterfly weed, blazing star and purple clovers are among the many native prairie plants that attract and nourish butterflies, bees and a wealth of beneficial insects such as parasitic wasps, which don’t sting people and will keep spiders, ticks and insects that harm plants under control.

“We are starting to see a shift, aesthetically, in embracing natural looks, instead of being trimmed and clipped,” said Alan Branhagen, director of operations at the Minnesota Landscape Arboretum and author of Native Plants of the Midwest. “Prairies are a wonderful, sustainable landscape that create one of the best habitats for wildlife from birds to every kind of pollinator.”

The proposed location for the Southport prairie garden would be on the south and southwest boundary of the park, near the Kenosha Water Utility and Wastewater Treatment Plant. The actual layout of the garden is likely to change as the comprehensive plan is developed.

“The Fund for Lake Michigan, a Milwaukee-based non-profit organization, is particularly interested in the water runoff aspect of the prairie garden,” Spottswood said. “We’re going to move as much of that material to the lakefront as possible without sacrificing views.”

The concept plan has been approved by the Kenosha Parks Commission.

“Right now, we’re not seeking any further governmental approval, because we’re not asking for any money yet,” Spottswood said. “In order to pursue private money or grant money, we need to move ahead with a comprehensive plan.

“What we have now is strictly a conceptual plan. Our hope is to partner with the city, with the Fund for Lake Michigan and with several other organizations, to develop that comprehensive design and engineering plan. The comprehensive plan will allow us to seek state, federal and private funding.”

“Prairies are a wonderful, sustainable landscape that create one of the best habitats for wildlife from birds to every kind of pollinator.”

Alan Branhagen, director of operations at the Minnesota Landscape Arboretum and author of Native Plants of the Midwest

“Long term, we envision a quiet park area in the north area, which is closer to residential areas. At the southern end, we see substantial investment in the prairie garden, pathways and playground equipment.

“The other thing we want to accomplish is to create a strong connection to Chiwaukee Prairie State Natural Area, just south of the park. We’d like to see a sense of continuity and landscape flow between the two areas.”

Weight Management and Nutrition Services: More Than What You Eat

Every patient has a different medical history and varying underlying conditions. Looking beyond just weight is imperative for patient success.

Pillar Health set to open in September on Washington Road

New on the scene, Tacos El Fuego has a menu item that is a huge hit

Kenosha Calendar: Harmony Fest to start the weekend on a high note