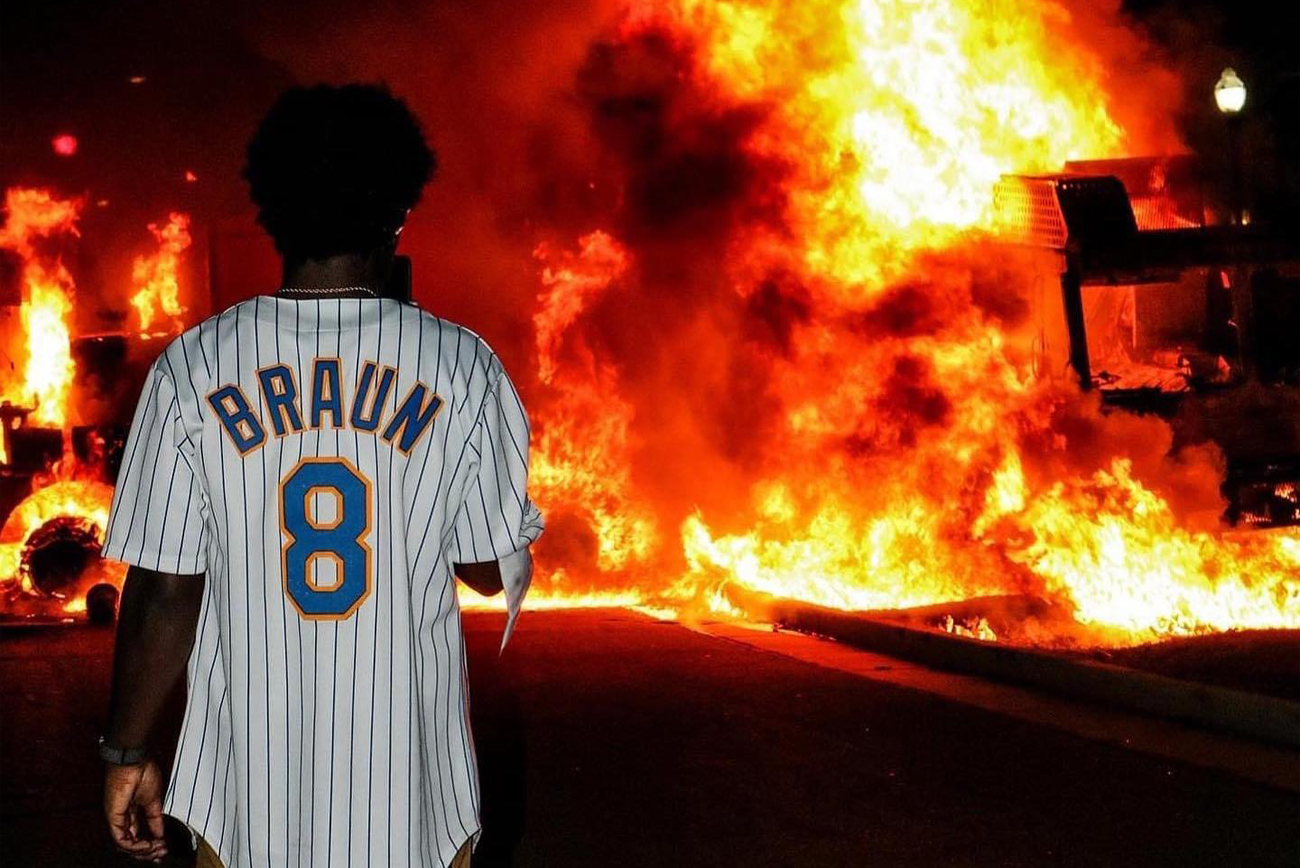 To thousands of area residents and hundreds of thousands of online viewers, the 32-year-old provides the most accessible and comprehensive footage of peaceful Black Lives Matter protests, tragic cases of intense violence and burning, and the responses from locally elected officials and law enforcement officers.

Viewers don’t need a newspaper subscription or cable box to view Elijah’s harrowing coverage of mostly the downtown and Uptown communities, though that’s far from all he covers. They follow him on Facebook, and to a lesser extent Twitter, and send him real-time feedback and tips — because they trust him in the era of so-called “fake news.”

For his part, Elijah doesn’t use pricey high-end production equipment (he uses an iPhone on a gimbal to help steady the camera). It’s a one-person operation fueled by supporters.

Elijah recently spoke with Kenosha.com outside a downtown cafe while enjoying an iced beverage. During the interview, the impression of Elijah’s work on the community was obvious as a half-dozen men and women thanked him for his “live” coverage and asked him to please continue providing it.

Elijah, a 2007 graduate of Indian Trail Academy and High School’s communications program, said he doesn’t consider himself an activist or journalist.

“Honestly, if you ask me, in 2020, I see myself as more of like an in-real-life live-streamer,” Elijah said.

Elijah said he’s not surprised folks are turning to him for breaking news at all hours of the day and night.

“I was out there to show what was happening and to figure out what was happening,” Elijah said, adding that some reporters may only be here “for a story” and may produce content in “story mode,” looking for an angle to exploit.

Elijah likens his videos to time-capsules.

In the moments after the video of the Blake shooting began circulating and sparking outrage on social media on Aug. 23, Elijah was just finishing dinner. Elijah, who’s been recording public events since 2013, was sent the now-infamous video clip recorded by a neighbor.

“I was getting kind of flooded with messages with people trying to figure out what was going on,” he recalled. “It was like a ‘time to go’ situation.”

“They motivate me. It makes it easier to get up especially when you don’t want to. To go out and get in the thick of it.”

It’s not uncommon for random people on the street to offer Elijah food, cash and other miscellaneous things. When Elijah decides to record live, his feed is often inundated with support from locals hoping for his safety.

“It’s nice,” he said, although he does remain vigilant if he accepts cash on a live stream. “I’ve gotten tons of support from people.”

He said the “love” from the community inspires him.

“They motivate me. It makes it easier to get up especially when you don’t want to. To go out and get in the thick of it,” he added.

Still, not everyone seems so keen on Elijah’s efforts. He said someone tried to run him over with a truck during the early days of unrest downtown.

“I hopped off my skateboard to save my life,” he said. “They smiled and looked me in my eyes when they did it. It was the craziest thing that’s ever happened.”

Elijah, who quickly replaced his skateboard, decided to press on. He’s also used to online trolls and harassment posted on his live video feeds. He doesn’t take such vitriol personally and often seeks to understand where it’s coming from.

“It’s the internet,” he said. “Trolls are going to troll. People are going to say wild stuff and people are going to have different opinions on stuff. It’s really just interesting to see how people get there or how peoples’ minds are stuck on certain subjects even if the content isn’t necessarily serving that.”

A “disconnect” also illuminated itself when city and county officials denied him access to the first major press conference following the devastation at the Public Safety Building. Most, if not all, of the local, state and national newspapers, radio stations and television broadcasters who requested access were allowed in.

“It just shows that they’re making all of the wrong moves,” he said. “If you want transparency and you want people to trust you then you should allow the platform that’s going to have the most eyes. … A lot of people don’t watch the news.”

The news is watching him, however. Elijah said he’s fielded many requests from legacy media asking to use his footage for free, something Elijah doesn’t agree to.

He’s been highlighted by Business Insider, CNN, WGN-TV, and his work has been used in countless articles from reporters gleaning as much information as possible from his video streams.

Elijah, a father, said he loves to cook and doesn’t go out socially too often. He recently celebrated his 32nd birthday with a buddy.

“It was nothing extravagant,” he said.

When he’s not skateboarding — something he’s done for most of his life and so he seldom falls — he’s playing his Playstation to unwind. He also keeps himself busy with freelance graphic design and video editing work, and he sometimes writes about video games.

“I’m friendly. I will talk to literally anyone if they want to have a conversation with me,” he said. “If I’m not smiling I’m usually not upset. It’s just how my face is.”

Elijah said it would benefit all us if people talked to each other more often.

“Do it for me,” he said. “Reach out to your neighbors. … Be open to people who are trying to talk to you as well.”